Today’s blog post is going to be the first in a series of blogs about the Champions game system. It should be no surprise to longtime readers that this is one of my favorite and cherished RPG systems. This is just one reason why there’s going to be more than one blog post about it—another, of course, being that there are six editions of the game to talk about, with tons of supplements and over 30 years of gaming history as well.

My history with Champions

I started playing Champions in 1989 with the Big Blue Book (AKA Champions 4th Edition) and I’ve been a huge fan of the system (and the game as a whole) ever since. During my time as a Champions player, I’ve been blessed to be part of gaming groups that include various creators and luminaries of the Hero System, including Michael Surbrook, Scott Jamison, and Dave Mattingly.

I never ended up writing directly for Hero Games, but I have done quite a bit of writing about Champions through various APAzines like Digital Hero (and I’ll talk about those as well in a future blog post). I have two amazingly successful RPG campaigns that I ran using Champions (Shadows Angelus and Shadows Angelus II) and tons of other games (like Vendetta Rhapsody) that I have wonderful memories of from the past two and a half decades.

It's not just myself who is a huge fan of Champions. Some other people you may have heard of include best-selling novelist Michael Stackpole, whose character "Revenant" was first created for Champions, and comic book artist and entrepeneur Ben Dunn, who not only illustrated some covers for Champions in 4th edition, but he also began his character "Tomorrow Man" from his Champions RPG experiences.

Today’s post is going to focus on an overview of Champions and a brief look at the first three editions. Most of my gaming history with the system is in the last three editions, so I’ll most likely focus on each of those editions in turn in future posts.

Champions is another name for the Hero System, an RPG that is universal in that it can be used for nearly any genre. The system’s most prominent feature is that characters are built using a series of points and abilities are thoroughly defined by the adaptable ruleset.

Champions started out in 1981 and has been through six editions up to the current date. The game’s been around for over 30 years at this point, which is quite an achievement, and it has built up quite a bit of interesting history along the way. My friend Allen Varney has written an excellent history of the Hero System you can find here, so I’ll instead be focusing on my own experiences and opinions of it.

One of the few things I can add to Allen’s history is some saddening recent developments. In 2011, Hero Games sharply reduced itself down to only a handful of staff. The Hero System at large is supported by irregular releases primarily funded through kickstarter, and, for all intents and purposes, essentially exists now only as a legacy property. Hero did not have a booth at Gen Con in 2012 or 2013, further cementing the sad fact that the company and the game itself are mere shadows of what they once were.

Some third-party companies such as Dave Mattingly’s Blackwyrm Publishing and D3 Adventures keep the torch burning for Champions and continue to produce content for the Hero System.

As I mentioned above, I won’t have too much to say here, since I really only started playing Champions in 4th edition on forward. However, I do own several products from these eras, so I’m going to give my thoughts.

Not much for me to say here except that I own it, and it was the first. Next!

Although I never played games with this edition, I have some of the products from it. Some of the most notable supplements include one that I’ve talked about in my Superhero RPG Oddballs blog post: Autoduel Champions.

Another standout from this edition is the Circle & METE, one of famed creator Aaron Allston’s first Champions books.

This edition of Champions is where I think most people started to really sit up and take notice of the game. There are quite a few memorable supplements and sourcebooks for this edition, and I’ll just list a few:


There are two more special products for this edition of Champions that each deserve a note.

The first is Strike Force, a campaign book featuring Aaron Allston’s universe (and home campaign setting). Allston’s work on Strike Force has some truly impressive resonance down through the RPG environment, particularly in its use of inventive storytelling away from the gaming table (coining the term “blue-booking,”) his identification of player motivations, and much more. I'm very proud to have this product on my shelf.

The second is an adventure titled Wings of the Valkyrie. The premise of this adventure is that the heroes are being sent back in time in order to save Hitler from assassination during WWII. The adventure posits that killing Hitler actually makes the Nazi’s win WWII, and thus, Hitler must survive in order for the war to end with an Allied victory. This adventure was so controversial that it was actually recalled by the publisher.

For the first three editions, here are the people who I think were the most influential as creators.

Obviously the designers of the game itself deserve recognition: George MacDonald, Ray Greer, Steve Peterson, and Bruce Harlick. I’ve actually gotten a chance to meet Steve and Bruce in person, which is quite an honor!

Aaron’s contributions to Champions are many over the game’s thirty-year history. Strike Force on its own would give Aaron a nod here, but he’s also written some great books about his campaign and its characters for 2nd and 3rd edition Champions. For example, the Blood in The Blood and Dr. McQuirk are a fascinating group. Aaron has written a ton of additional Champions books in other editions, and I’ll just briefly mention a few here: Ninja Hero for 4th edition is a tour de force, and the 5th and 6th edition of the Champions genre books benefit greatly from his influence. Just take a look at his list of game credits!

What I love About Champions

It’s fair to say that I do absolutely love Champions and the Hero System. I hold it sacred amongst the many, many games that I own. Here are some reasons why I feel that way: 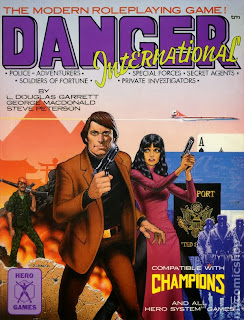 Depth: The system for Champions offers incredible depth—it is a game where designing a character and how his abilities work is a mini-game all its own. You win that mini-game by accurately modeling a tricky power set or building a character in a new or original fashion. I’ve written thousands of words just exploring the possibilities inherent in just one power or character concept.

Character Building: Champions is probably the first game I think of when I find a character I like from books or film and wonder “what would he be like in an RPG?” The Hero System allows you to build exactly the character you want, which is a huge strength for people who like that approach.

A Tinkerer’s Dream: Champions is really where I feel I started my journey as a game designer, because the Hero System is set up to allow—nay, encourage—tinkering. Designing your character’s abilities, reasoning from effects, and separating the mechanic from the flavor are all pieces of the game design puzzle that I first began truly understanding while playing Champions.

Any Genre: The Hero System is very strong as a universal system in that you can use it for fantasy, espionage, sci-fi, and any flavor of superhero RPG action.

Some Things I Don’t Love About Champions

While I do love the Hero System, I am not blind to its flaws. Here’s a small selection of the issues that plague this game:

Points Limits and Concept Compromises: The Hero System builds everything about a character via “character points.” This is linked with a limited number of total points that generally only apply to player characters. The intent of the limit is to present different ways to play the game. For example, if you want to play a game where the characters are all street-level crimefighters, it makes sense that they would be built using fewer points than a Justice League-style group of interplanetary superheroes. However, in practice, there are some concepts that simply require more points to work than others. For example, making a typical “super strong/super tough” guy in Champions is easy, even with a strictly limited number of points. Making a character who channels the power of a nation’s zeitgeist is not. Often, what this means is that some character concepts become compromised right from the start, forcing characters to feel “halfway there” for most of their campaign’s career.

Some Powers Don’t Scale: A companion issue to the concepts and point limits mentioned above is that some powers and abilities simply do not scale with varying levels of the game. The power of Mind Control, for example, is tied to a set number for achieving effects that simply require a certain number of points to even make possible. Building a character capable of mind control that you see in the comic books is simply not possible at lower points limits, and even when the points limits get high enough to allow the right number of dice, character’s defenses usually outpace the power’s effects anyway. Similarly, some abilities and powers don’t cross over well from comic books. A notorious example is that of the X-men character Rogue. While her powers are simple to explain, attempting to define them in the Hero System means that either Rogue has a points limit vastly higher than everyone else in her own team or that she takes numerous discussions with the GM to even begin to approach her potential.

Complex and Intimidating to New Players: The Hero System is not at all a casual RPG for beginners. It is a complex game that has a long and involved process for creating characters. The sheer size of the rulebook can be quite intimidating to new players, although in the first three editions, this was much less of an issue. There is also often a larger burden on the GM for the Hero System if he wants to build enemies, gear, or anything else not already covered in the book. Later editions of Champions did a good job of furnishing the GM with copious examples and resources to smooth this out, however.

I’m just beginning to get into Champions, so stay tuned for further posts as we get more into the Hero System and more editions of Champions! 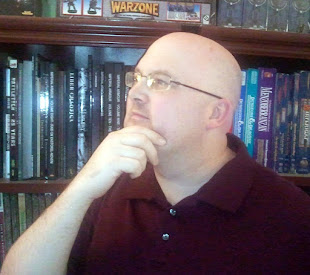